“Maybe one day I’ll just pull it open,” says Adrie, grinning. In his hands he holds a large dusty wine bottle. Dating from the time he just started distilling, about seven years ago. Back then he used to work quite precise, with alcohol meters and thermometers. Nowadays the former organic gardener, just retired, does it more by experience.

In the small cellar under the house some bottles of ‘Cognac’ are maturing in two oak kegs. Before they held wine from grapes grown in his own garden. This gives ‘Cognac’, which is initially colorless, its color and specific smell and taste. Sometimes he uses large tea bags filled with wood chips. “That is nowadays also called ‘aging on oak’,” says Adrie. Distillers who do not have so much time and space often do so. Just like the large manufacturers. When we enter into the barn there’s already a liquid dripping from a garden hose running from the carefully packed copper still into a glass jar. Adrie smells it. “Vile spirit.” He pours it into a separate bottle, which holds some liquid from earlier that day. “For my wife, to wash the windows. “He is not afraid of methanol forming, just like other makers we met. The next distillate he captures smells better, and then the hose goes into a large green bottle. In the coming hours it will slowly fill up drip by drip. The occurrence of toxic methanol in the process, and the probability of consuming of it, is one of the main reasons why distilling is not allowed in the Netherlands. But if you’re  careful it is not a problem. All distillers we met agree with this. In other aspects they differ greatly in opinion on the various other aspects of the process. “The trick,” says Harco, “is to transfer as much of the flavour possible from the wine into the alcohol.” He started distilling when he had some bottles of home made plum wine and apple cider, which were not all very tasty. “But you should stop in time, before the pulp gets too hot and you get unwanted ingredients and flavours in your distillate.” According to him, it is not disastrous if it happens, because you can distill it again. “No option for Adrie: “Too much of the flavor will be lost. It must be right from first time.” In some other European countries distilling is allowed as a hobby. In the Netherlands, it’s not. Here you’re allowed to make beer and wine by fermentation, but distilling to obtain a higher percentage of alcohol is prohibited. If you want to do it legally, you need a license to be in possession of a still. In addition, you must have an excise duty-space in which the products are stored which will have to be taxed. All in all a huge burden. Home distillers just do it without.

The names in this article are made-up.
Text written by Arthur van Berkel. 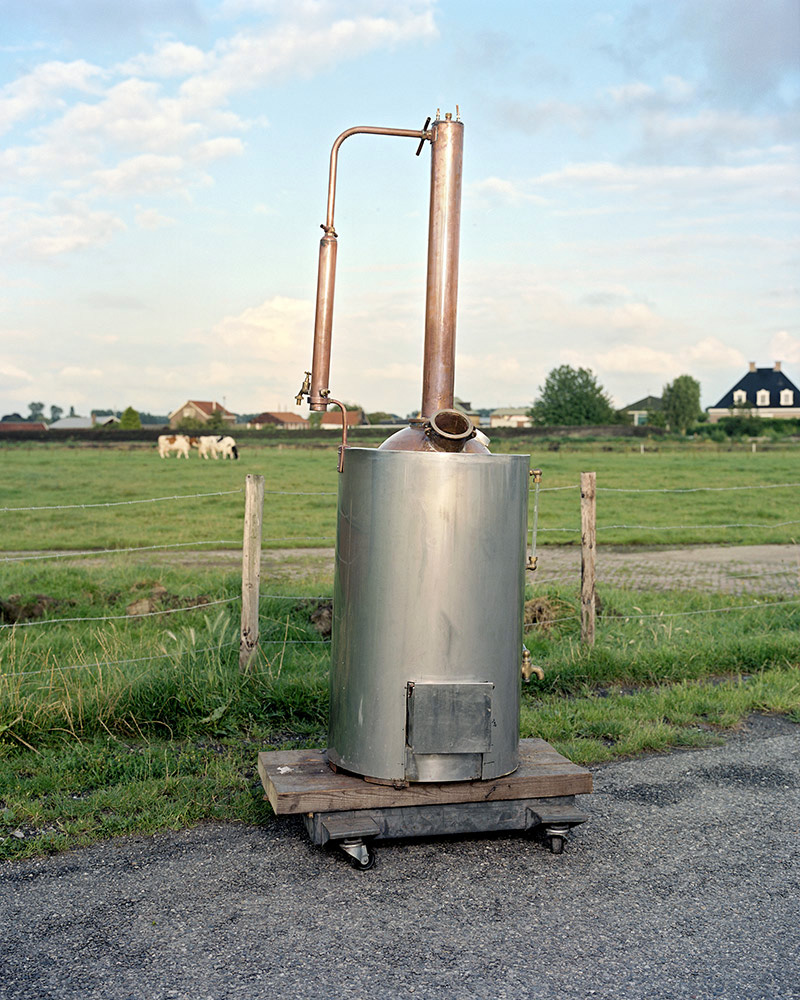 Still in a Dutch landscape 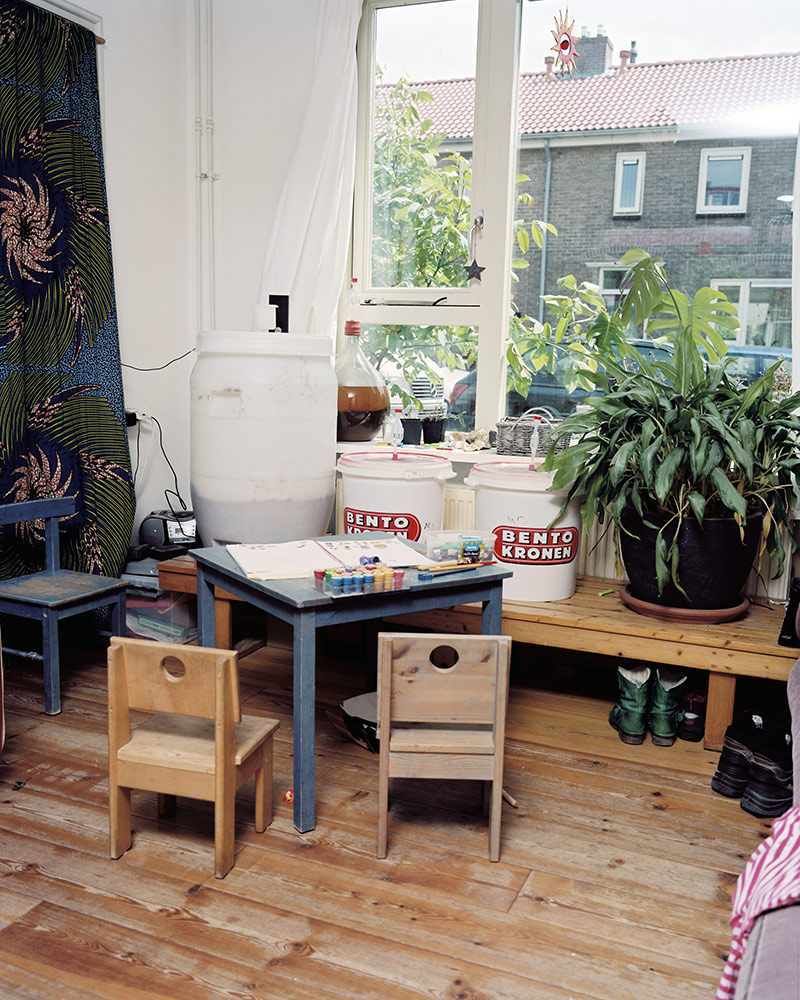 Making beer and wine is allowed by Dutch law. Beer or wine can make a good starting point for making good distilled spirits. 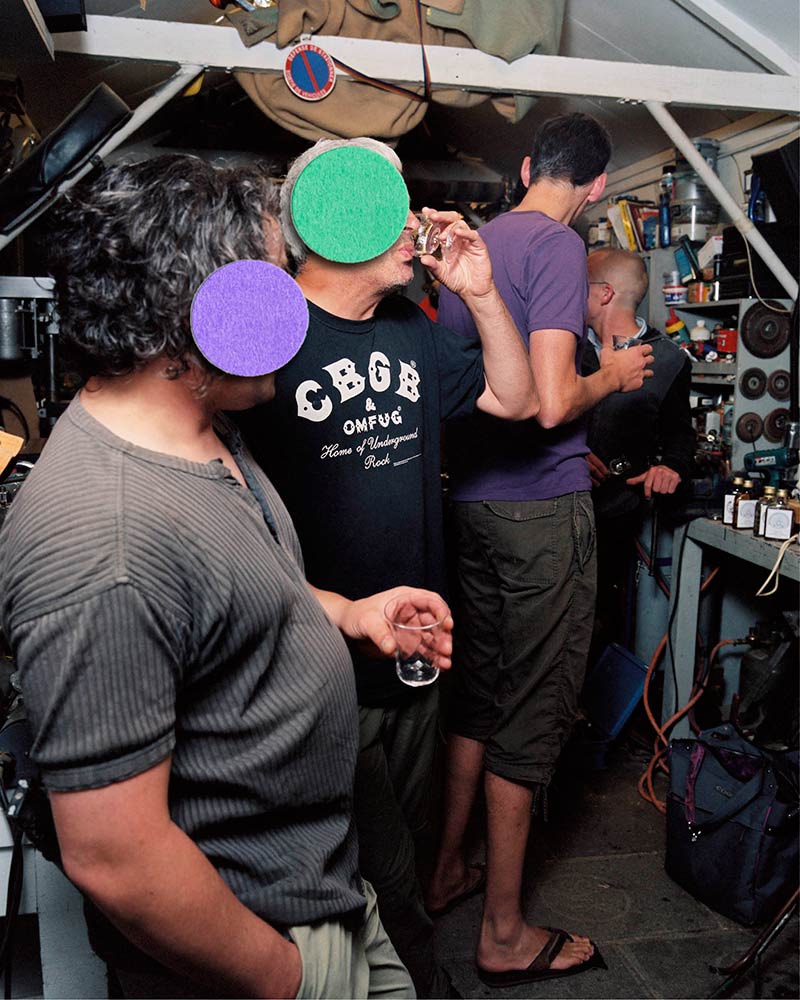 During a tasting evening the quality of the homebrew is discussed. This is pretty much where it all comes down to, right? 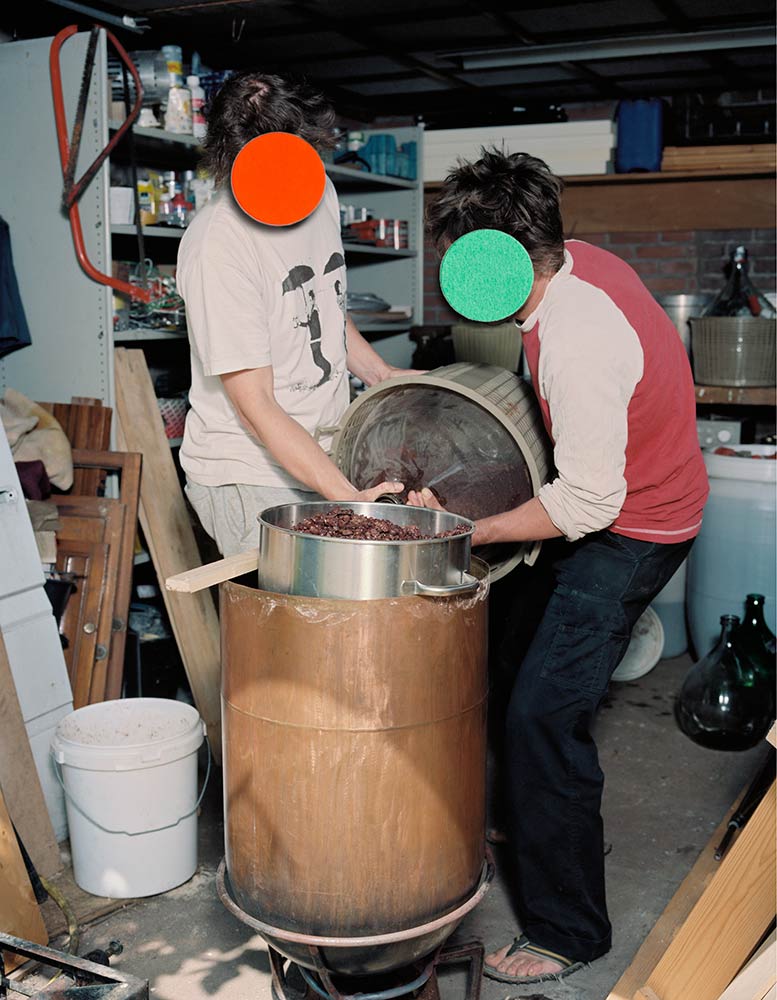 Filling up the still with fermented liquid. 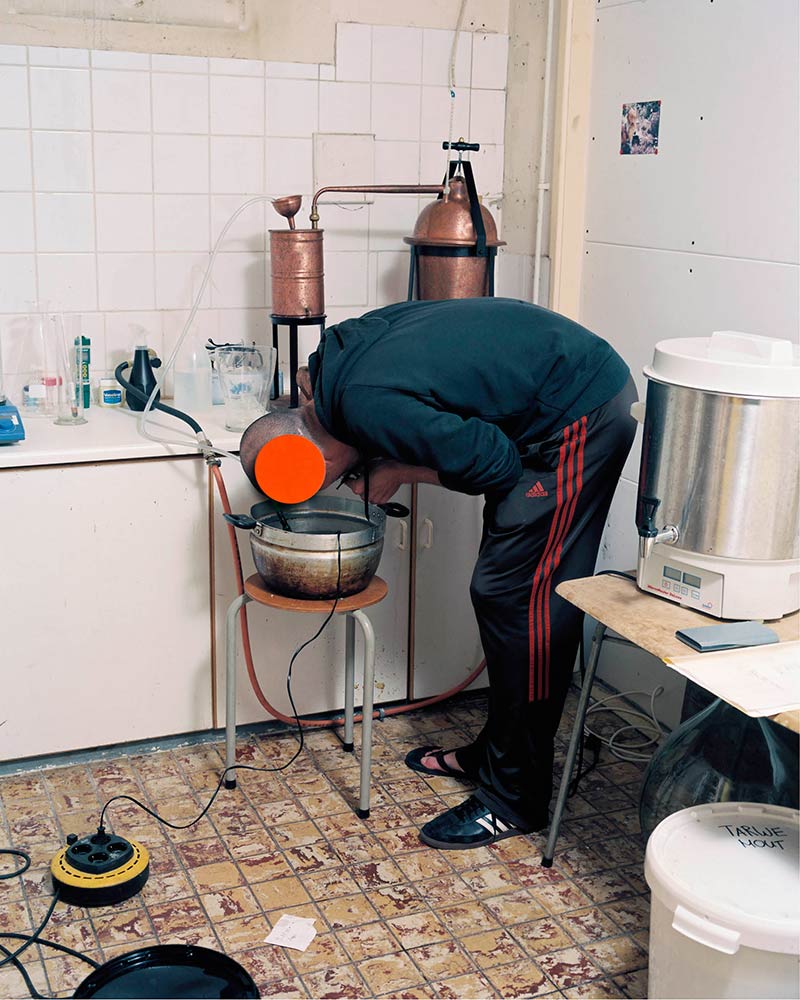 In his own laboratory Jan makes his own beer and sometimes he distills. 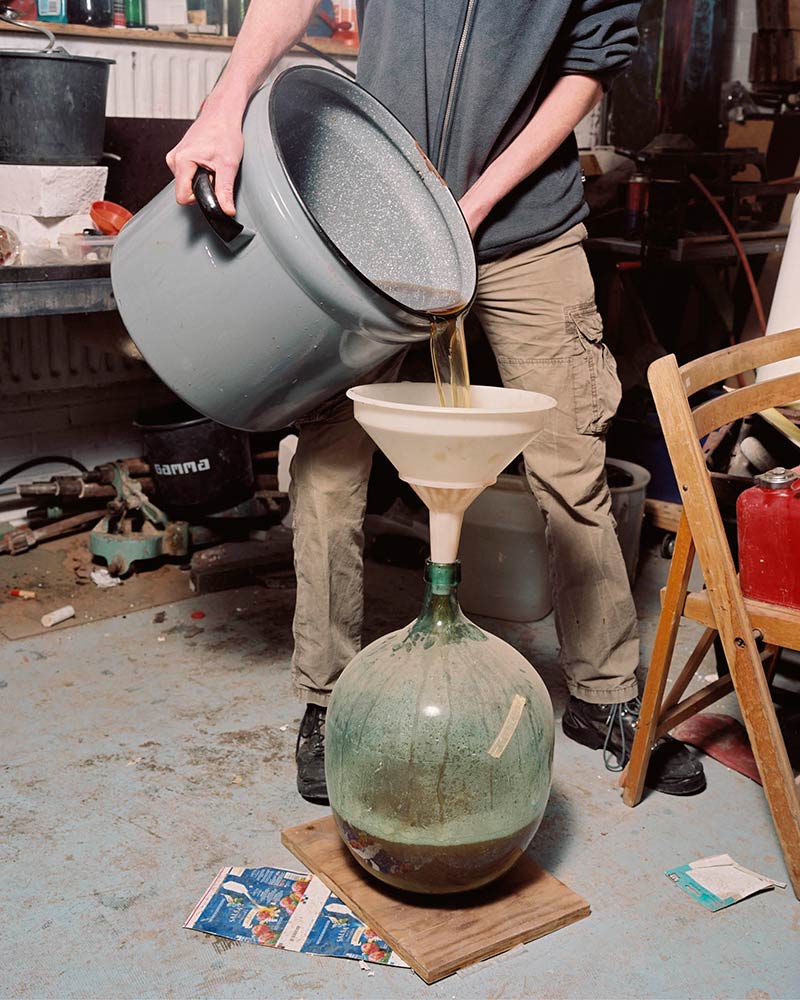 This is the start of the process of alcohol making. Yeast is added to a mixture after which alcohl will start forming. 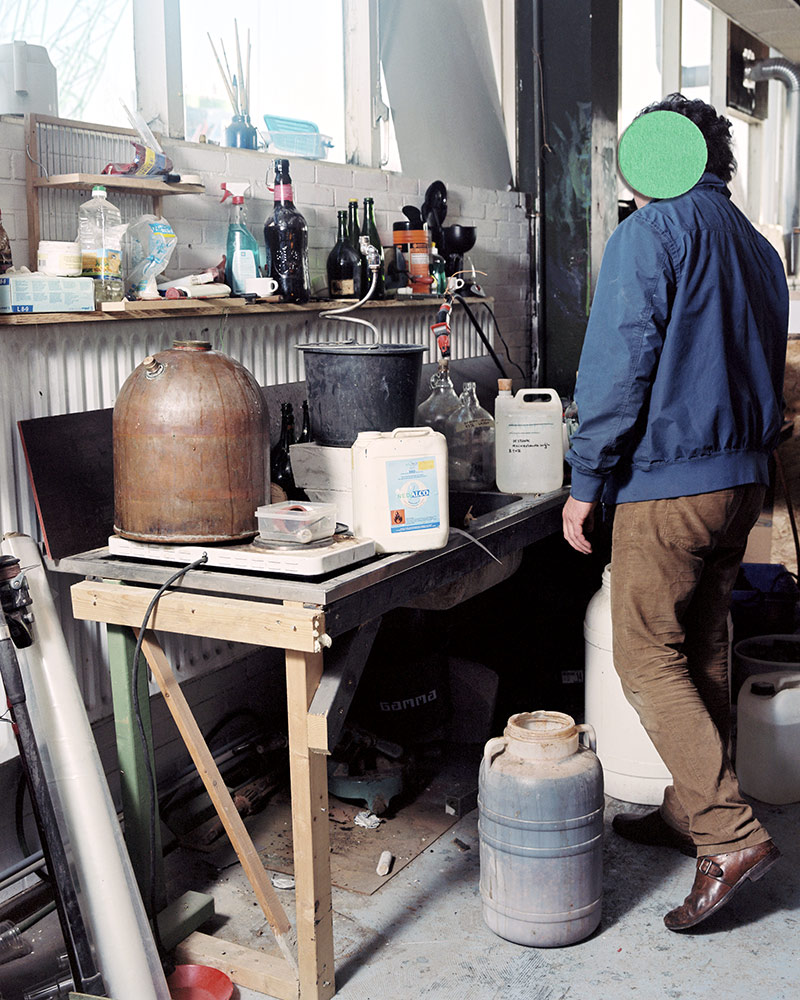 Distilling is primariliy a process which demands a lot of patience. It takes hours before a distillation is finished. Oftentimes a second, or even a third run is done to get a good product. 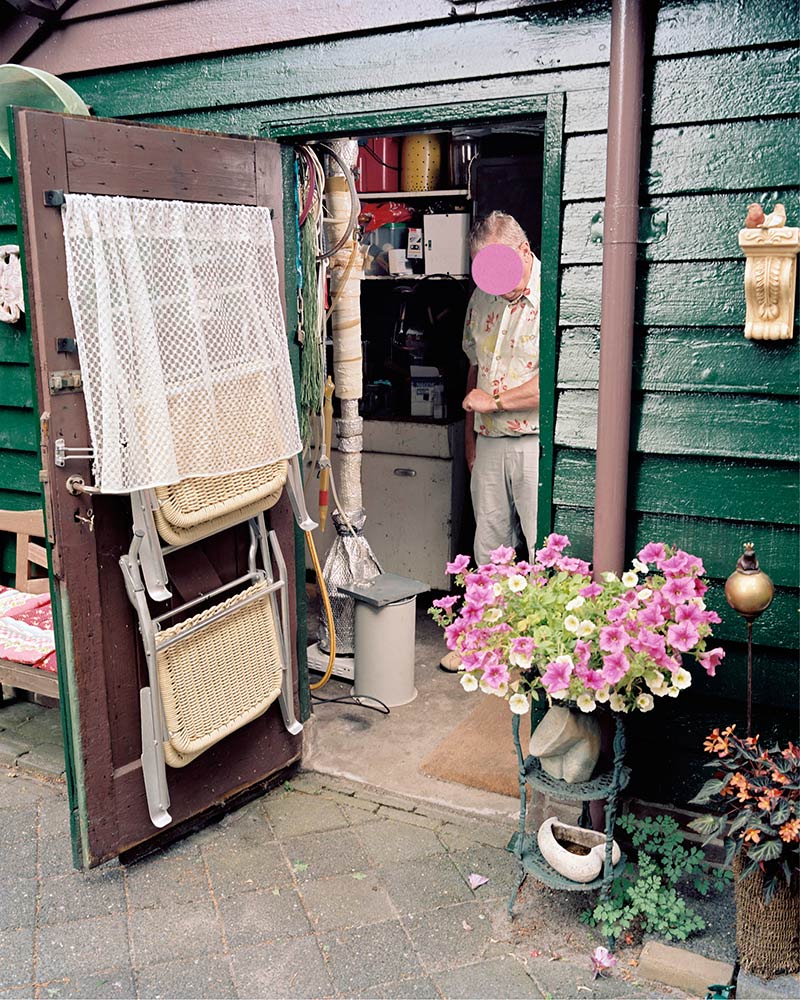 Distilling at home in his shed. 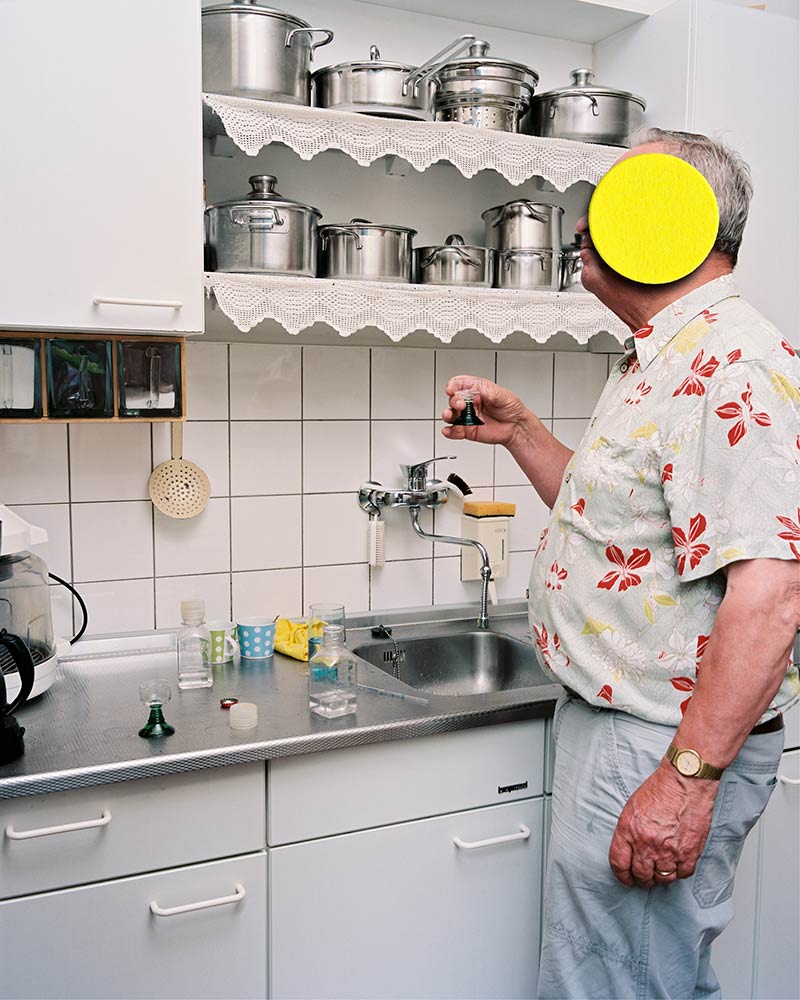 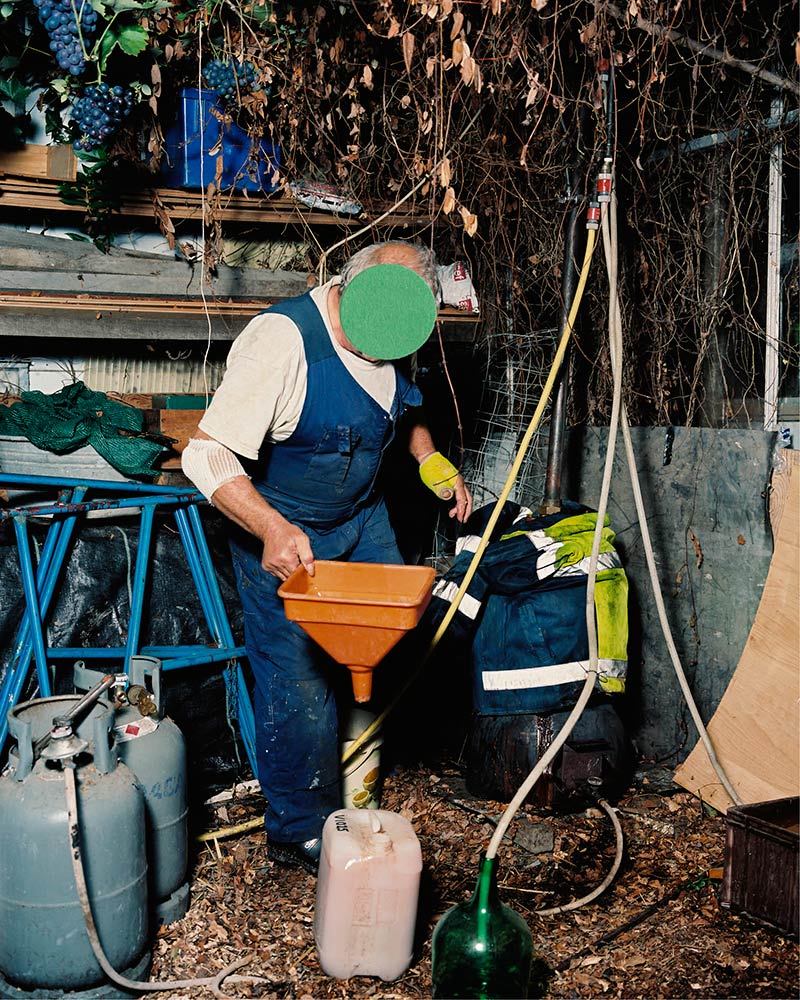 The still is well camouflaged . Home made wine is distilled here, this is the second run. 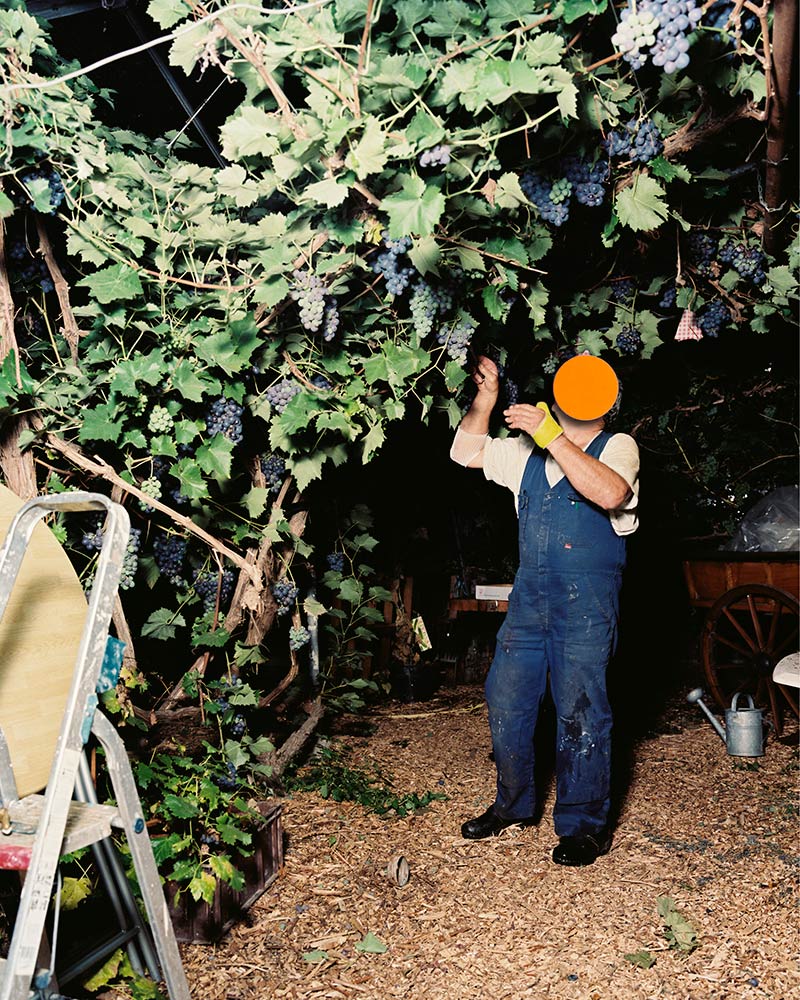 For years now Jelle is growing his own vines, in a greenhouse as well as outside. From grapes you can make wine and that's a good basis to make a well prepared strong liquour. 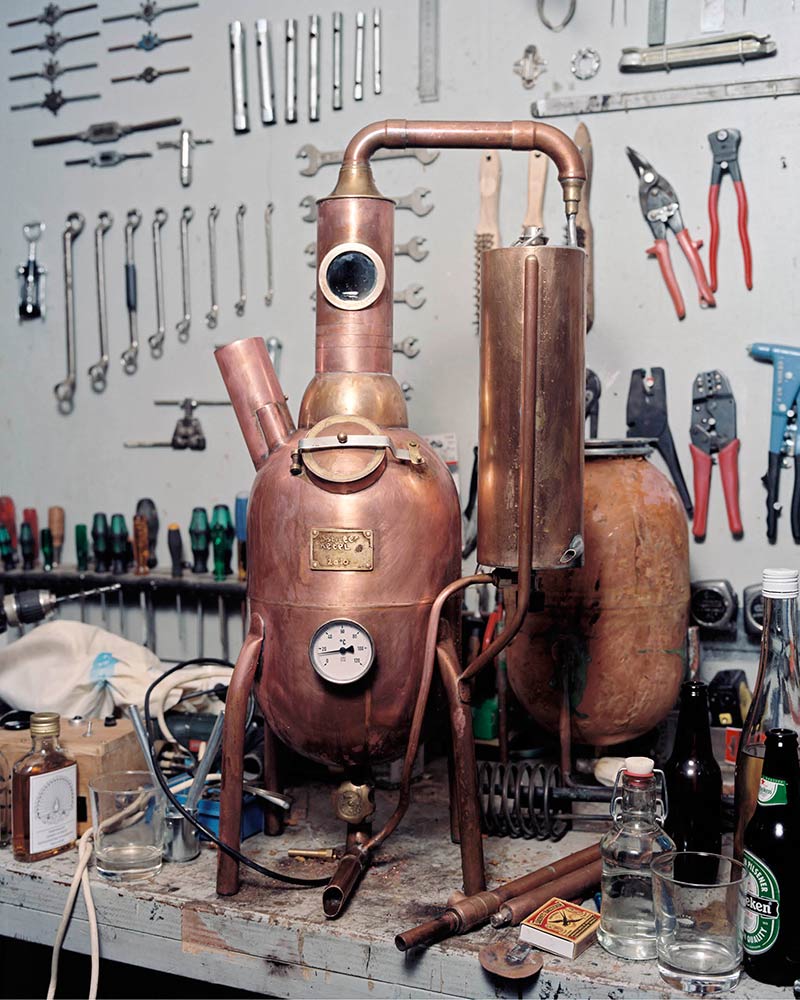 A very elegant home made copper still. A car windwiper motor is used to prevent caking to the bottom of the still. A still like this can make small quantities of alcohol for home use.