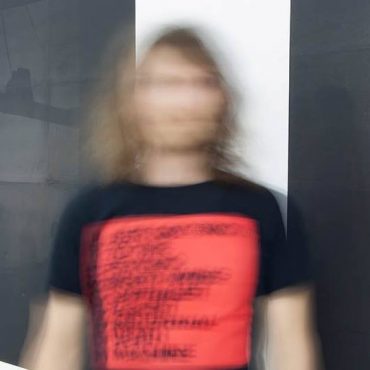 Spijkermakersstraat 116
2512 ET  The Hague
The Netherlands

I photograph worlds not known to everybody, but at the same time recognizable nonetheless. My interest lies with groups, communities and subcultures: from isolated villagers to squatters.

I portray people emphasizing their surroundings. I work with a mediumformat camera, on negative-film and always use an off-camera flash. This way I obtain clarity, detail and sharpness.

My latest publication ‘In Situ’ was released 31 March 2017 during the Rewire Festival in The Hague. ‘In Situ’ is an ode to the Underground Music Scene, its organisers and its visitors. It got selected as one of the Best Dutch Book Designs of 2017 by the student Jury.

On the 21st of december 2012 the national newspaper NRC-Next was entirely devoted to ‘The end of times’. My photo series ‘The end of the Mayan calendar’ had a prominent role in it.

Late 2008/early 2009 I made a series about squatting in the countryside, a fairly unknown phenomenon that occurs across the Netherlands. The series on rural squatters was published in ‘Vrij Nederland’. For ‘DocuDenHaag’ commissioned by ‘Het Nutshuis’ I portrayed residents of The Hague resulting in ‘The social landscape of The Hague’.
‘Volkskrant-magazine’ published a series of six portraits of squatters entitled ‘Forbidden to dwell’ (Oct 2010). Both NRC-Next, and NRC Handelsblad published pictures of my small documentary about Surinam men and their songbirds.

In 2008 I graduated from the Royal Academy of Fine Arts in The Hague with the book “Who is there will stay there’. It tells the story about youth in my native village Urk. I started this project from my curiosity into why the local youth chose to remain in their village, instead of going to study in other cities and discover the ‘outside world’.
A selection from the book was published in a supplement of the newspaper NRC entitled ‘Enclaves’.

These are but a few examples of my social documentary work.
In my work I concentrate on the life of ‘regular’ people. I point my lens at youth, living communities and social injustice, to name a few.

Gestetner 140 Open Call prize: Runner up for In Situ

31 March
‘In Situ‘ book on the Underground Music scene of the Hague. It is an ode to it’s organisers and it’s visitors. Its selfpublished and selfprinted using a Risograph stencilmachine

21 Dec
Nrc.last, special edition of the NRC Next: ‘The end of times is also a new start’

3 Apr
NRC Next: ‘Handy ain’t it, those fingerprints?

June
The Word Magazine: The Breakthrough Issue Music Special. The last few outlaws ride the waves; Article on Radiopirates in Londen and Holland. check it out here

24 Dec
Article in supplement of NRC newspaper entitled ‘Across borders, enclaves’. with photo’s of the project Urk, ‘Who is there will stay there’. Download here (in Dutch only)

28 sep till 27 okt
In Situ is part of the exhibition of the Foundation for Best Dutch Book Design at the Stedelijk Museum, Amsterdam . It’s a yearly presentation of the Best Dutch book design of the books of the year before.

9-16 Feb
‘VOID’ group exhibition at The Grey Space in the Middle for the GRAUZONE 2018 Festival. Photo’s of In Situ were shown

7 May – 28 June
‘Off the Grid‘, group-exhibition at the Nutshuis, The Hague with Corine Vermeulen and Justine Kurland

5 Jan – 19 Feb
‘The social landscape of The Hague’ DocuDenHaag; together with five other documentary photographers I tried to show distinct or maybe not so clear changes of the community of the city of The Hague